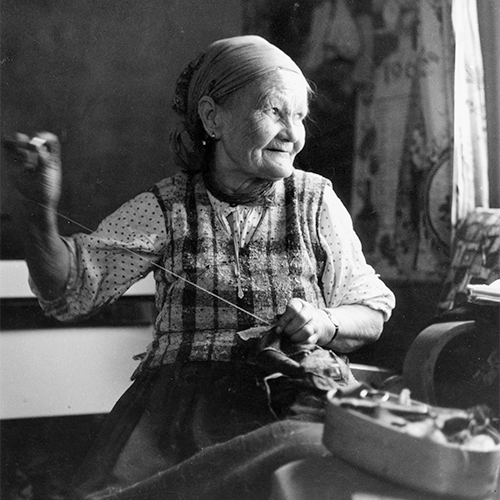 A proud member of Finland’s indigenous Skolt Sámi tribe, filmmaker Katja Gauriloff found a treasure trove of pristine 16mm footage of her grandmother Kaisa, a legendary storyteller and singer of le’udd epic ballads. By sending around postcards all over Europe, Katja recovered these priceless film and voice recordings from the ‘30s-70s, shot by the Swiss writer Robert Crottet, who lived with Kaisa in the ‘30s, and Spanish photographer Enrique Mendez. Their poetic footage and newly created animation depicting the stories creates a poetic, moving portrait of a charismatic woman who stayed strong as WWII forced them to relocate to a part of Finland where they had to give up their reindeer-herding way of life.